The word ‘wholesale’ often strikes a sense of commonness when it comes to clothing and accessories, and there happens to be a very reasonable justification for this belief. Considering the nature of wide scale manufacturing, there was a time a few decades ago when the designs of the produced goods used to be very general and basic in nature. So, it could often happen that the clothes and accessories possessed by one, was possessed by thousands of others.

Approaching designers though, has never been an easy fete for the masses for the very obvious reason of ‘cost’. Say for example, there are merely a handful of everyday nine to five employees who can even think of spending 1000 hard earned dollars for a vintage designer jacket.

However, things have taken a massive turn towards the better in the present century which is witnessing the rise of a few new and exuberant providers of wholesale clothing for women ‘with a perspective’. They are the ones who are responsible for bringing in the factors of high street styles and designs into affordable clothing. If you run your eyes through the online catalogues of these providers, you will only be too surprised to see how these masterminds have catered to the demand for ‘dressing’ by the masses. 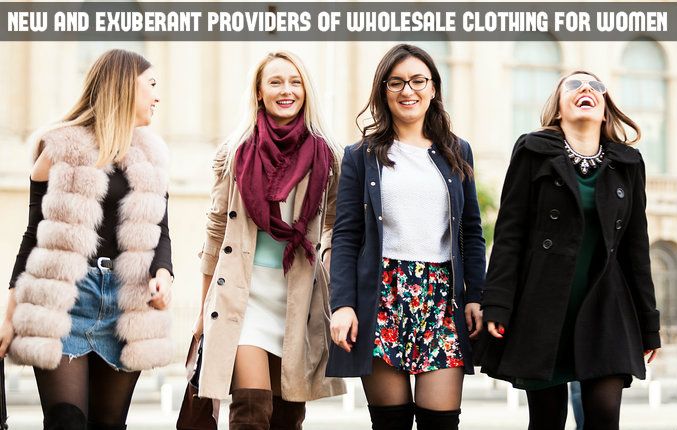 To say that what you see on the ramps and on designer shelves can be located in its exact form in these catalogues would be a little too much to say. Nevertheless, you could always find clothing just as classy and trendy and that too with the added bonus of finding one that fits your frame.

Making the option of custom designing fashion clothes for women available with surprising ease, these wholesale providers have actually managed to break free of the reputation of being ‘common’, ‘ordinary’ or ‘general’. So, on approaching the latter, you can be assured that the piece you posses or the piece of clothing that you own will not be owned by a thousand others in the neighborhood or beyond.

While it is true that the world of fashion wholesale is turning over a very significant leaf, it is also imperative for buyers to know that there are many manufacturers who are still in the process of catching up. So, it is always wise in the part of willful buyers to do a little homework on the quality of the providers before approaching them.