Flannel shirts are certainly not a new thing to break a news, it is those hot men (read that celebrities) who have been turning on the fire with their lumber-sexual appearance that is making us go swooning over them. So here’s a countdown of some famous men who have worn or are wearing checks lately. While men can take it as their spring-summer couture inspiration, women can go drooling over their svelte looks.

That plaid shirts have not left the fashion runway can be well understood once you follow the current style of Deadpool star, Ryan Reynolds. Ever since he was spotted in Sundance Film Festival in 2015 wearing a well-fitted mens designer flannel shirts in red and black checks, slim-fit jeans, leather boots and expertly trimmed facial hair, he has been making more such appearances in his favorite lumberjack shirts. The colors that he has incorporated into his wardrobe are green, blue and black. 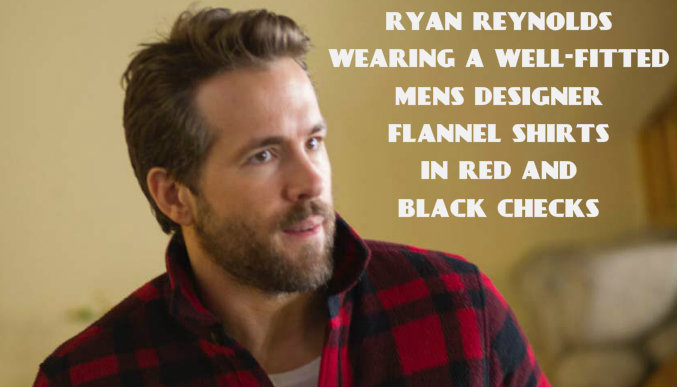 Be it for a photo session, a music concert or just a walk around the town, Charlie Hunnam surely knows how to work his flannel shirts with that long hair and well groomed beard. Reportedly he has gone so deep into the skin of the character, Jax in Sons of Anarchy, that he has been wearing only plaid shirts in different checks and colors, like blue and white, brown and yellow and red and black, with white plain t-shirts and straight-fit jeans, ever since its first season. But we don’t complain (wink).

While taking a short break from shooting his film The Dressmaker, Liam Hemsworth has been spotted in a supermarket wearing his open red, blue and white checkered shirt over a white tee, teamed up with dark blue jeans and grey and white sneakers. Again on the event of premiering his upcoming “Hunger Games” instalment, he has buttoned up an olive green and white checks flannel shirt with casual jeans and made such a daunting appearance that it gives us a hot look to daydream about until we binge watch his acting chops on Netflix. 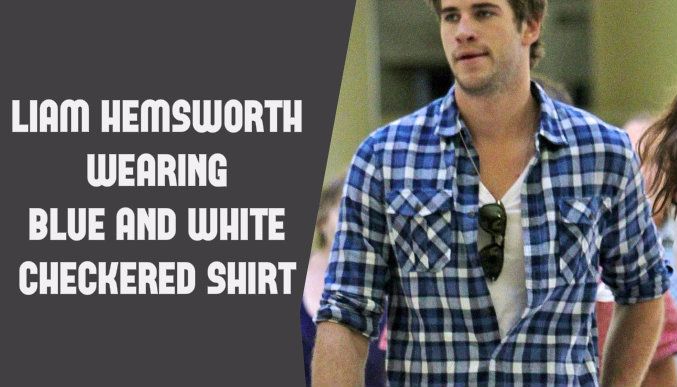 Retailers must also take some style cues from these top celebrities and bank on wholesale mens flannel shirts to impress their customers.

No matter how famous he is for playing valiant heroes in action blockbusters, Gerard Butler keeps his look quite low-key as strides through LAX in a casual blue and grey tartan shirt combined with jeans and black boots and a cap and yet makes us gaping at him. He sports another small checkered piece while making his way to the bustling Los Angeles airport and working it with aviators and trilby hat in order to beat the sun.

When it comes to talking about the most handsome men playing their cards with flannel shirts, who can miss out the ever stylish and the trendiest footballer, David Beckham. Despite his timely retirement in 2013, he has remained the true fashion icon, giving every metro-sexual trend a must try. Recently he has been making waves in the fashion scene by putting on simple plaid shirts in red, blue, white and green for different occasions, from watching a match with his kids to posing for Esquire. So while women swoon over his exceptional style statement, boys must follow his trendsetting appearances, sometimes over a white tee and sometimes with a beanie on the head.